Exeter Labour has pledged to complete work on the business case for kerbside food waste collections and to introduce the service at the earliest opportunity, if re-elected to run the City Council in May.

Exeter is already in the top 10% of district councils for waste minimisation -; with residents producing less waste on average than nearly anywhere else in the country. However, Exeter Labour is not complacent and is committed to improving both waste reduction and recycling rates. 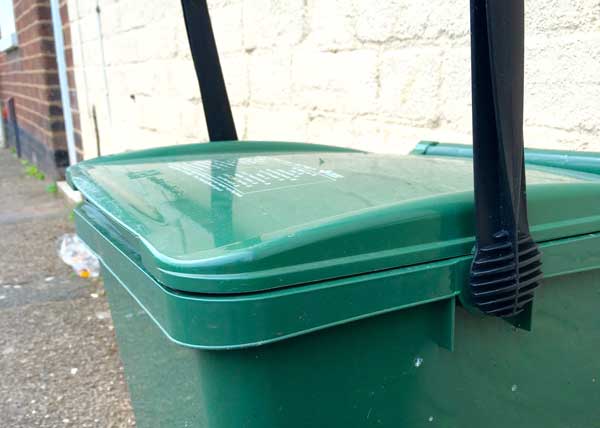 33% of rubbish in our black waste bins could have gone in the green recycling bin or a garden waste bin, and another 12% could have been taken to a recycling bank or centre. But the most dramatic increase in recycling can be made by removing food waste from black bins, so Exeter Labour will complete the business case for doorstep food waste collections and work to introduce the service as soon as possible.

Labour have also pledged to continue to work with local organisations that are already helping residents and businesses to reduce the amount of food they throw away and encourage other initiatives like local community composting.

Exeter Labour Party’s Environment spokesperson, and candidate for Duryard & St James ward, Keith Owen, said: “Our first priority is continue to reduce the amount of waste we produce, and then to recycle as much of the rest as possible. Kerbside food waste collection is the best way to significantly improve our recycling rates and should be our priority. There is potential for savings to be made by sending the waste to recycling rather than burning it at the Energy from Waste plant.

“As recently reported, we have already launched a new Recycling Action Plan and have asked City Council officers to discuss the options for food waste with Devon County Council. If re-elected, we will complete work on a new business case for kerbside food waste collections and set out a clear timetable for implementing it.”

Challenging the Conservatives’ pledge to introduce kerbside glass recycling, Keith Owen added, “Exeter residents are already good at recycling glass, most of which is already recycled at bottle banks. Only 4% of rubbish in the black bins is glass [3], and glass can’t go into our current recycling lorries, which crush and compact all the material. Collecting mixed glass from households would also fetch a lower price then we get at present for separated glass via bottle banks.”