Exeter Labour Women join others to Defend our NHS

Dressed in red, Exeter Labour Women joined hundreds of people from all over Devon on Saturday, 3 December, to raise public awareness about the proposed cuts to NHS services.   Converging in long red lines from all corners of the city, our banners, leaflets and chants were viewed by festive shoppers whose faces turned from amused to alarmed as they began to realise why we were there.

Barbara, from Exeter, stopped to listen to speakers in Bedford Square instead of buying presents for her family.  As hundreds chanted “What do we want?  NHS!  When do we want it?  Always!” and, “Say it loud, say it clear, NHS in place of fear!”  Barbara said, “I believe if we don’t stand together and we’re not vociferous the NHS will be dismantled.  Everyone is so caught up with their own lives, they don’t realise this is happening.  They read about a cut to this and a privatisation.  What’s happening across the country is a deliberate Tory ploy to defund the NHS until there’s nothing left.  In a few years time it’ll be if you can’t pay go away.”

Lucy, from rural Devon, said, “I had to be here.  I was born in the NHS.  My father was a doctor and helped to set it up.  I was raised in the NHS and I don’t want to die without it.”

James, one of the Save our Hospital Services organisers from Bideford said, “One pound in three is going to be cut from the NHS budget in Devon over the next 5 years.”  They are starting with community hospital beds but they’re not stopping there.  “County Councillors can refuse to sign off on this plan.  It’s not been legally tested, but these cuts could sit in a legal limbo for a time.  MPs can work to ensure there is proper funding for the NHS and make sure things things are thought through properly.  There are many things in the STP (Sustainability and Transformation Plan) that are quite sensible if they were properly funded and given time to be implemented.  It’s pushing them through fast and without the funds that’s the problem,” he said.

More details of the first phase of the STP proposal here http://www.newdevonccg.nhs.uk/abo…/your-future-care/102019 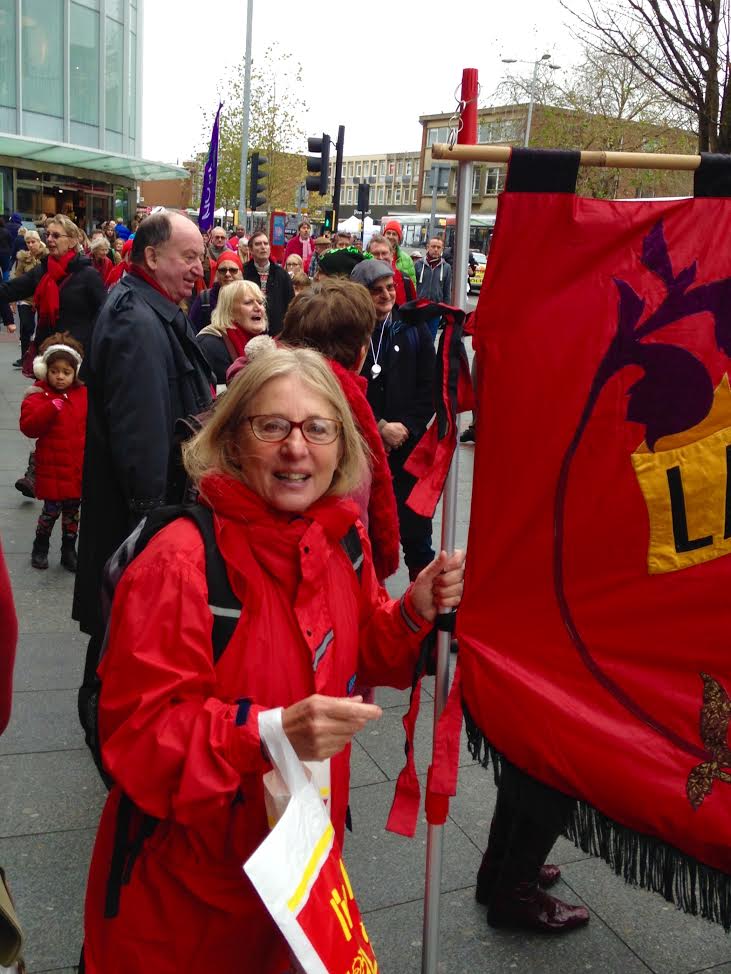