Speech on Education funding to Cabinet meeting of Devon County Council  on 11th January 2017 (discussing proposal to transfer £2.22 million from the Individual Schools Budgets to the Higher Needs budget, leading to a reduction of £33 per pupil in the Age Weighted Pupil Unit)

As I think many here would agree, what this represents is a failure of central government to properly fund education.  It is significant that at the same time as the publication of the proposed National Funding Formula the National Audit Office predicted that by 2020 schools overall would suffer an 8% cut in funding in real terms.

When fully implemented the NFF would bring an overall gain for Devon of just 0.38%, with many schools losing out.  The small gain won’t even cover the new 0.5% apprenticeship levy.  In Exeter the NFF by itself would bring a slight overall loss.

So much hope has been placed in so-called fair funding, especially for counties like Devon significantly below the national average – £270 per pupil less than the national average.  The DfE press release states that the NFF will tackle the historical postcode lottery in school funding ensuring that every child is fairly funded according to their specific needs, claiming that this ‘sits at the heart of the government’s pledge to build a country that works for everyone, not just the privileged few’.

This government has instead failed to properly fund education on a fair basis and in particular to meet the needs of pupils with Special Educational Needs and Disabilities, and it has failed Devon schools.

It is alarming that Devon is having to go against its own schools in making this transfer and that the position is unlikely to improve in the future whilst the ability to make such an adjustment is not going to be available henceforth.

Once again a Conservative government underfunds a public service and this county, like others, ends up having to suffer the consequences.

I applaud the letter-writing campaign the council is leading to get MPs to put pressure on the government.  Ultimately, though, local Conservative MPs need to vote against the government to get it to reconsider.  Will they?  I doubt it. 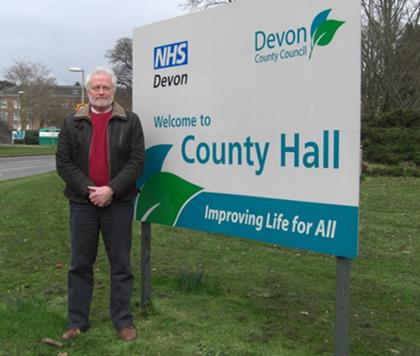