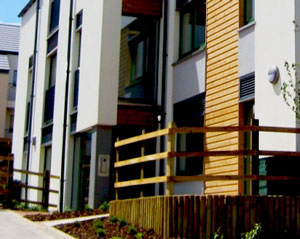 Following the launch of our local and national manifestos, we have launched a detailed Housing Manifesto setting out a plan to tackle Exeter’s housing crisis.

“The Labour-run City Council’s record of and commitment to providing more affordable housing is second to none in the South West. But we also need a Labour government to address our housing crisis, which means more and more people cannot afford the high level of private rents, let alone have a hope of getting on the property ladder.”

“Affordable housing is the single biggest challenge we face in Exeter. Our strong economy, growing cultural offer and fantastic quality of life mean demand is only increasing. At the same time, low average wages and a lack of housing have created a crisis for many young people and families. Under Labour, the City Council has fought hard to deliver as much affordable housing as possible, but only a Labour government will give us the real powers we need to tackle the problem.

Labour is proud to support new homes to tackle our housing crisis, and the Labour-run City Council is working hard to improve the availability and quality of homes around the city. Since 2010/11:

A Labour Government will: